(January AuthorToolBoxBlogHop) Connecting the dots in 2019 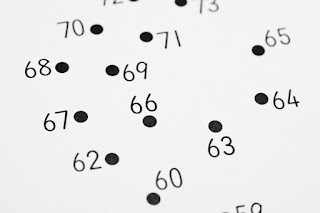 When I was a kid I used to enjoy drawing lines between numbered dots and marveling at the way the image transformed in front of me. As I progressed to more advanced puzzles, I found that I often couldn't tell what the image would become until at least half-way through. It's recently occurred to me how similar our choices are to dots on a puzzle.

For me, this year is all about connecting those dots. My mantra, more specifically, is connect.

Have you ever attached your intention for the year to a single word? My first experiment with this exercise happened last year, in 2018. After having taken some serious down time from writing, I had set aside a lot of the personal goals and creative hobbies that I truly loved to focus on other areas of my life. This eventually became the new norm to the point where I even forgot how integral these had once been to my identity. Only once I realized the emptiness I was feeling from the lack of my creative passions could I understand how to solve the problem. Thus, my intention for 2018 became fulfillment.

After I established my word for the year, it's funny how so much changed. Writing became a priority again and I even began to pursue life-long goals I never thought I would. It's as though with every decision I asked myself if it aligned with my purpose for the year.

Now at the beginning of 2019, I find that while I have found much fulfillment in engaging with my goals and creative passions, some of them have begun to seem a bit like randoms dots that don't quite make sense in the greater picture.

So this year is about drawing the lines between the dots and discovering what they all mean together. I strongly believe that our lives don't have to fit a perfect mold and that it's admirable to pursue unrelated goals, but I'm also staying open to the possibility that I may not have solved the puzzle just yet. And that's okay too.

I realize this month's blog is not directly related to writing, but I'm hoping perhaps to inspire others in a similar position to reflect on their own goals for the year and maybe even create your own word. At least for me, writing is so connected to my mental wellness and I find that if I'm feeling insecure about my writing, it usually stems from an issue in my mindset that requires my attention.

So if you're like me and you're setting an intention for the year, what's your word for 2019? 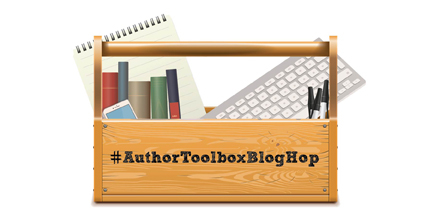 February 19, 2019
Let us all rejoice for reaching the third week of February! I say rejoice because it's almost over and because February is the month I've come to refer to as the "blah" month. At least where I live, it's the month where the temperatures reach their most frigid and all that beautiful snow you were hoping for at Christmas time now finds its way to earth. Only now you don't get a White Christmas, you get slick roads without a merry excuse to stay home.

What I find most interesting at this time of year is how motivations begin to decline. Goals that a lot of us set at the end of last year begin to lose their luster. For me, February weather has an especially powerful effect on my creativity. This time of year, I just don't have the same kind of creative mojo and motivational energy that I feel in the warmer months.

When you think about it, it kind of makes sense. When the weather gets crummy we hole ourselves up for protection and as a result we can get a lit…
9 comments
Read more

September 30, 2019
This is a companion post that I created to share the resources I discussed in my NaNoWriMo Prep Checklist video on my YouTube channel. If you haven't seen the video, I have it embedded below.

Preptober is finally upon us! Well, maybe not officially, but I couldn't bring myself to wait another day to share all of my planning and resources in preparation for NaNoWriMo 2019.

If you're unaware, NaNoWriMo or National Novel Writing Month, is the one month a year where writers all the over world challenge themselves to complete a finished rough draft of a new novel within 30 days. October, also referred to as Preptober, is the month of preparations before the event, where writers decide their story idea and flesh it out. It's also a great time to get your personal scheduled squared away so you can plan for maximum efficiency throughout November.

This is my first year to participate, outside of Camp NaNoWriMo, and I am beyond excited to let a new spark of an idea come to life…
1 comment
Read more

December 30, 2019
Now that Christmas is over and 2019 is nearly wrapped up, there's no better time to start planning your goals for 2020! This past year has been full of new experiences for me that have helped me grow so tremendously as a writer that I wanted to share some of them as resolution ideas for other writers. Whether you're just starting out or you're looking to reignite your passion for writing this year, I hope this list gives you some inspiration.

1. Join a local writer's group Photo by NeONBRAND on Unsplash Not only is a writer's group a great place to make friends with like-minded people and pick up a few new tips and tricks, it's a great way to get out of your own little writing bubble. Writing can be a very solitary endeavor and it's nice to be reminded that we're not alone.
2. Host a live write-in Photo by Christian Wiediger on Unsplash Streaming live is a great way to build your confidence when it comes to public speaking. If you're not aware, part o…
1 comment
Read more